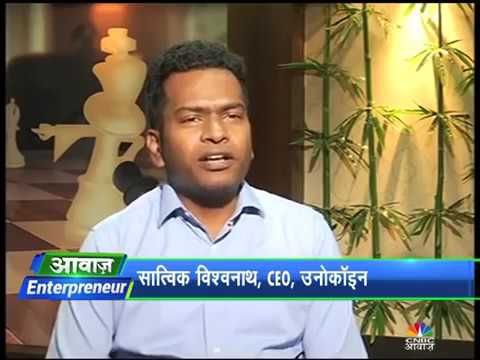 Bernanke never said that "Bitcoin may hold long-term promise", and other bitcoin quotes corrected with sources

During the course of my research, I made a collection of Bitcoin quotes that I could use in different publications.
Many "famous people bitcoin quotes" are false, misquoted and without sources. Using those quotes is bad for everyone.
The first, and most horribly fasle quote, is Bernanke's famous quote: "Bitoin may hold long-term promise, particularly if the innovations promote a faster, more secure and more efficient payment system.”
1) The quote is actually from Alan Blinder
2) The quote is from 1995
3) The quote has nothing to do with Bitcoin
This is the full quote:
Dear Senators: Thank you for your recent inquiry regarding virtual currencies. As you noted, virtual currencies have been receiving increased attention from U.S. authorities over the past several months.
Historically, virtual currencies have been viewed as a form of “electronic money” or area of payment system technology that has been evolving over the past 20 years. Over time, these types of innovations have received attention from Congress as well as U.S. regulators. For example, in 1995, the U.S. House of Representatives held hearings on “the future of money” at which early versions of virtual currencies and other innovations were discussed. Vice Chairman Alan Blinder’s testimony at that time made the key point that while these types of innovations may pose risks related to law enforcement and supervisory matters, there are also areas in which they may hold long-term promise, particularly if the innovations promote a faster, more secure and more efficient payment system.
Read more: http://www.businessinsider.com/ben-bernanke-on-bitcoin-2013-11#ixzz2qgGXCYKk
I know some of you already know that this quote is badly cited, but believe me it is being used by every journalist and "expert" out there (google Bernanke bitcoin quote, you'll se that I'm right).
EDIT: Bernanke is not paraphrasing Blinder in order to support a positive / negative opinion of Bitcoin. He quotes Blinder in the introduction of his letter as a way to show that monetary innovations was already a topic of interest back in 1995
 There was another post with Bitcoin quotes from famous people here: http://www.reddit.com/Bitcoin/comments/1ohza2/quotes_about_bitcoin_from_famous_people/
Many of these quotes were misquoted, false or without references. I took the liberty to create a legit quotes list with sources:
"I think Bitcoin is a techno tour de force." - Bill Gates, Founder of Microsoft Fox News, May 6, 2013 Original source: http://video.foxbusiness.com/v/2359385547001/
“I gave a talk back in November of ‘99 on […] how encrypted money was going to change the world. I do think bitcoin is the first one of these that has the potential to do something like that. - Peter Thiel, Co-Founder of Paypal. Secondary source: http://www.appstorechronicle.com/2013/11/exclusive-peter-thiel-bitcoin.html#ixzz2pdIR3w8w
“It’s fascinating to watch what’s happened with Bitcoin. Congress has just been spending a week looking at it, they might bring some regulations, but I just hope that it will not stifle innovations of new tech novalties like Bitcoin” Sir Richard Branson, Novembre 22th 2013 Original source: http://video.cnbc.com/gallery/?play=1&video=3000220731
“I think the fact that within the Bitcoin universe an algorithm replaces the functions of [the government] … is actually pretty cool” Al Gore, former US vice president and winner of the Nobel Peace prize Secondary source: http://www.pymnts.com/briefing-room/commerce-3-0/the-innovation-project-2013/al-gore-speaks-on-mobile-money-and-the-global-mind/
“Virtual currency systems, so long as they comply with applicable anti money-laundering and money transmission laws and regulations are not inherently illegal and they can be appealing to consumers because they can provide cheap, efficient and convenient means to transfer currency.” Mythili Raman of the Department of Justice Criminal Division Original source: http://online.wsj.com/article/65405E2A-CD8B-4B70-B8DD-9E7A19D05A61.html#!65405E2A-CD8B-4B70-B8DD-9E7A19D05A61
“Bitcoin is the most important invention in the history of the world since the internet. Roger Ver, CEO of MemoryDealers.com Original source: http://rogerver.com
“Three eras of currency: Commodity based, e.g. Gold., Politically based, e.g. Dollar, Math based, e.g. Bitcoin” Chris Dixon, Personal investor in technology startups Original source: http://nonchalantrepreneur.com/post/46485623457/three-eras-of-currency
"Bitcoin is the beginning of something great: a currency without a government, something necessary and imperative.” - Nassim Nicholas Taleb, Ph.D statistician, author, and advisor to the IMF Original source: http://nassimtaleb.org/tag/bitcoin/
"Bitcoin is going to be a big player in the future of the exchange of goods and services" Jennifer Shasky Calvery, the director of the Treasury Department’s Financial Crimes Enforcement Network Original source: http://www.c-spanvideo.org/program/DigitalCu
“The decision to bring virtual currency within the scope of our regulatory framework should be viewed by those who respect and obey the basic rule of law as a positive development for this sector. It recognizes the innovation virtual currencies provide, and the benefits they might offer society,” Jennifer Shasky Calvery, the director of the Treasury Department’s Financial Crimes Enforcement Network. Original source: http://www.c-spanvideo.org/program/DigitalCu
"A number of smart people both inside and outside of government view bitcoin as a major emerging issue that is deserving of our attention" - Senator Tom Carper (D) Original source: http://www.youtube.com/watch?v=x8Y71IXEK8w
“It [Bitcoin] is a huge, huge, huge deal […] it is gold 2.0” - Chamath Palihapitiya, venture capitalist and former Facebook executive Original source: https://www.youtube.com/watch?v=59uTUpO8Dzw&feature=youtu.be&t=19m14s
"Bitcoin may be the TCP/IP of money." - Paul Buchheit, Creator of Gmail https://twitter.com/paultoo/status/328969714283995136
“We have elected to put our money and faith in a mathematical framework that is free of politics and human error.” - Tyler Winklevoss, Winklevoss Bitcoin Trust Original source: http://abcnews.go.com/Technology/winklevosses-turn-bitcoin-turmoil/story?id=18941399

FOR THOSE NOT IN US. CSPAN-3 hearing BITCOIN

From the NFL to the World!

Bitcoin can be the catalyst to providing education opportunities to children and adults in some of the most marginalized areas in the world. Join Marques Anderson and the World Education Foundation in providing life-changing programs, which create immediate impact and a brighter future.
After graduating from UCLA and playing in the NFL for 5 seasons (originally drafted by Green Bay Packers), I went back to school to receive my Master’s in Adult Learning and Global Change. Inspired by newfound knowledge, freedom and the excitement of adventure I set up the World Education Foundation in 2009 (WE Foundation) to provide education programs in the U.S., Africa, South America and Europe. Since then, WE have been on a journey to provide capacity building programs in some of the most impoverished communities around the world. We have been able to create over 330,000 malaria treatments in the DR Congo, provide Leadership programs to over 5,000 youth in Morocco and Algeria, and have been able to introduce American Football clinics to over 1,500 kids in marginalized areas.
Over the past year and a half, I’ve been hearing a buzz about a new currency, which has the potential to change social, economic and political landscapes across borders. A true REVOLUTION! In the press, Bitcoin has been under attack because of its “role in dodgy online markets.” Now- with the resilience of Bitcoin pioneers and the recognition that virtual currencies are a legal means of exchange, by Mythili Raman, there is great opportunity to change and shape the perceived culture of Bitcoin. Showing policy makers and users that Bitcoin can be a sustainable and well worthy currency, which can create a tremendous amount of good throughout the world and ultimately save lives, can only be good for continued growth in the Bitcoin community.
Bitcoin is the future and WE are at the brink of new exploration and social revolution. I want to grow with you all and create something special. WE operate focused on 4 critical elements: 1. Trust 2. Transparency 3. Communication and 4. Change (TTCC). Over the coming weeks I will supply information and pictures concerning the projects we are currently working on to begin to build a relationship with you all and see if WE can continue to positively impact the world together. Let’s set sail in uncharted territory; taking us on a journey, where WE look back at this point in history and WE find ourselves in amazement with what has been accomplished through synergy and effort.
The WE Foundation has just begun receiving Bitcoin donations and our wallet can easily be found on our site. You will also be able to find additional information on our initiatives and mission. I am very new to the Bitcoin community, so just as any other adventure, I will have a lot of questions and hopefully you will have a lot of questions for me as well. Through this open dialog, I hope WE can create a relationship, which allows us to maximize our potential together.
Humble Regards
Marques D. Anderson FoundeExecutive Director World Education Foundation www.theworldeducationfoundation.com

Jennifer Shasky Calvery, left, with Mythili Raman and Edward Lowery on Monday at a hearing in Washington The virtual currency bitcoin took a big step toward the mainstream on Monday as federal authorities signaled their willingness to accept it as a legitimate payment alternative. Mythili Raman, acting assistant attorney general of the Justice Department’s criminal division, speaks during a Senate Homeland Security and Governmental Affairs Committee hearing about Bitcoin MYTHILI RAMAN: Virtual currencies in and of themselves are not illegal. We've all recognized that innovation is important. HENN: With those words the value of a single Bitcoin shot up 25 percent At a U.S. Senate Homeland Security and Governmental Affairs Committee hearing on virtual currencies on Monday, Mythili Raman, an acting assistant attorney general at the Department of Justice U.S. Attorney Mythili Raman says Bitcoin's efficiency can be appealing to consumers, but that those same features make it equally appealing to criminals. Raman is touting Justice's crackdowns on