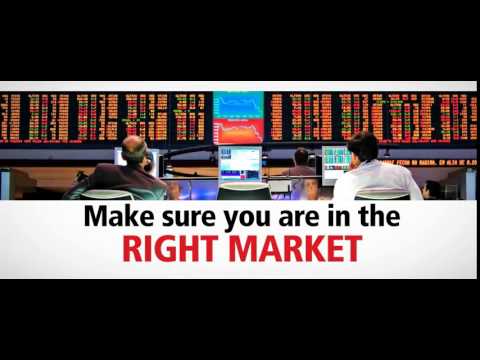 another take on Getting into Devops as a Beginner

I really enjoyed m4nz's recent post: Getting into DevOps as a beginner is tricky - My 50 cents to help with it and wanted to do my own version of it, in hopes that it might help beginners as well. I agree with most of their advice and recommend folks check it out if you haven't yet, but I wanted to provide more of a simple list of things to learn and tools to use to compliment their solid advice.

While I went to college and got a degree, it wasn't in computer science. I simply developed an interest in Linux and Free & Open Source Software as a hobby. I set up a home server and home theater PC before smart TV's and Roku were really a thing simply because I thought it was cool and interesting and enjoyed the novelty of it.
Fast forward a few years and basically I was just tired of being poor lol. I had heard on the now defunct Linux Action Show podcast about linuxacademy.com and how people had had success with getting Linux jobs despite not having a degree by taking the courses there and acquiring certifications. I took a course, got the basic LPI Linux Essentials Certification, then got lucky by landing literally the first Linux job I applied for at a consulting firm as a junior sysadmin.
Without a CS degree, any real experience, and 1 measly certification, I figured I had to level up my skills as quickly as possible and this is where I really started to get into DevOps tools and methodologies. I now have 5 years experience in the IT world, most of it doing DevOps/SRE work.

People have varying opinions on the relevance and worth of certifications. If you already have a CS degree or experience then they're probably not needed unless their structure and challenge would be a good motivation for you to learn more. Without experience or a CS degree, you'll probably need a few to break into the IT world unless you know someone or have something else to prove your skills, like a github profile with lots of open source contributions, or a non-profit you built a website for or something like that. Regardless of their efficacy at judging a candidate's ability to actually do DevOps/sysadmin work, they can absolutely help you get hired in my experience.
Right now, these are the certs I would recommend beginners pursue. You don't necessarily need all of them to get a job (I got started with just the first one on this list), and any real world experience you can get will be worth more than any number of certs imo (both in terms of knowledge gained and in increasing your prospects of getting hired), but this is a good starting place to help you plan out what certs you want to pursue. Some hiring managers and DevOps professionals don't care at all about certs, some folks will place way too much emphasis on them ... it all depends on the company and the person interviewing you. In my experience I feel that they absolutely helped me advance my career. If you feel you don't need them, that's cool too ... they're a lot of work so skip them if you can of course lol.

While certs can help you get hired, they won't make you a good DevOps Engineer or Site Reliability Engineer. The only way to get good, just like with anything else, is to practice. There are a lot of sub-areas in the DevOps world to specialize in ... though in my experience, especially at smaller companies, you'll be asked to do a little (or a lot) of all of them.
Though definitely not exhaustive, here's a list of tools you'll want to gain experience with both as points on a resume and as trusty tools in your tool belt you can call on to solve problems. While there is plenty of "resume driven development" in the DevOps world, these tools are solving real problems that people encounter and struggle with all the time, i.e., you're not just learning them because they are cool and flashy, but because not knowing and using them is a giant pain!
There are many, many other DevOps tools I left out that are worthwhile (I didn't even touch the tools in the kubernetes space like helm and spinnaker). Definitely don't stop at this list! A good DevOps engineer is always looking to add useful tools to their tool belt. This industry changes so quickly, it's hard to keep up. That's why it's important to also learn the "why" of each of these tools, so that you can determine which tool would best solve a particular problem. Nearly everything on this list could be swapped for another tool to accomplish the same goals. The ones I listed are simply the most common/popular and so are a good place to start for beginners.

Any language you learn will be useful and make you a better sysadmin/DevOps Eng/SRE, but these are the 3 I would recommend that beginners target first.

As m4nz correctly pointed out in their post, while knowledge of and experience with popular DevOps tools is important; nothing beats in-depth knowledge of the underlying systems. The more you can learn about Linux, operating system design, distributed systems, git concepts, language design, networking (it's always DNS ;) the better. Yes, all the tools listed above are extremely useful and will help you do your job, but it helps to know why we use those tools in the first place. What problems are they solving? The solutions to many production problems have already been automated away for the most part: kubernetes will restart a failed service automatically, automated testing catches many common bugs, etc. ... but that means that sometimes the solution to the issue you're troubleshooting will be quite esoteric. Occam's razor still applies, and it's usually the simplest explanation that works; but sometimes the problem really is at the kernel level.
The biggest innovations in the IT world are generally ones of abstractions: config management abstracts away tedious server provisioning, cloud providers abstract away the data center, containers abstract away the OS level, container orchestration abstracts away the node and cluster level, etc. Understanding what it happening beneath each layer of abstraction is crucial. It gives you a "big picture" of how everything fits together and why things are the way they are; and it allows you to place new tools and information into the big picture so you'll know why they'd be useful or whether or not they'd work for your company and team before you've even looked in-depth at them.
Anyway, I hope that helps. I'll be happy to answer any beginnegetting started questions that folks have! I don't care to argue about this or that point in my post, but if you have a better suggestion or additional advice then please just add it here in the comments or in your own post! A good DevOps Eng/SRE freely shares their knowledge so that we can all improve.

ponderings on Turing and Searle, why AI can't work and shouldn't be pursued

It’s time for MAME 0.218, the first MAME release of 2020! We’ve added a couple of very interesting alternate versions of systems this month. One is a location test version of NMK’s GunNail, with different stage order, wider player shot patterns, a larger player hitbox, and lots of other differences from the final release. The other is The Last Apostle Puppetshow, an incredibly rare export version of Home Data’s Reikai Doushi. Also significant is a newer version Valadon Automation’s Super Bagman. There’s been enough progress made on Konami’s medal games for a number of them to be considered working, including Buttobi Striker, Dam Dam Boy, Korokoro Pensuke, Shuriken Boy and Yu-Gi-Oh Monster Capsule. Don’t expect too much in terms of gameplay though — they’re essentially gambling games for children.
There are several major computer emulation advances in this release, in completely different areas. Possibly most exciting is the ability to install and run Windows NT on the MIPS Magnum R4000 “Jazz” workstation, with working networking. With the assistance of Ash Wolf, MAME now emulates the Psion Series 5mx PDA. Psion’s EPOC32 operating system is the direct ancestor of the Symbian operating system, that powered a generation of smartphones. IDE and SCSI hard disk support for Acorn 8-bit systems has been added, the latter being one of the components of the BBC Domesday Project system. In PC emulation, Windows 3.1 is now usable with S3 ViRGE accelerated 2D video drivers. F.Ulivi has contributed microcode-level emulation of the iSBC-202 floppy controller for the Intel Intellec MDS-II system, adding 8" floppy disk support.
Of course there are plenty of other improvements and additions, including re-dumps of all the incorrectly dumped GameKing cartridges, disassemblers for PACE, WE32100 and “RipFire” 88000, better Geneve 9640 emulation, and plenty of working software list additions. You can get the source and 64-bit Windows binary packages from the download page (note that 32-bit Windows binaries and “zip-in-zip” source code are no longer supplied).

Tutorial: Using Borg for backup your QNAP to other devices (Advanced - CLI only)

The Best Binary Option Robot: 100% Automated Binary Options Trading Software 83% Average Winning Rate Very easy to use: No prior knowledge required Compatible Mac, Windows, Mobile & Tablet 60 Days ... Direct trading with a broker may be increasingly risky, best binary options robots - high winning rates with automated trading, especially if you don’t have the binary options signals knowledge ... AutomatedBinary.com is an automated binary options trading robot software platform. Configure one of three money management settings, choose from several technical indicators and forex pairings ... Binary option trad is online software. This is most popular in the world. The money can be earned quickly through this software. Here is a proof video of my income. Trad software url https://r ... Binary Option Robot is an automated software that trades automatically the Binary Option Market Online. It is simply the Best Binary Option Robot, it is very simple of utilisation and no prior ...