Ƀ is for Bitcoin 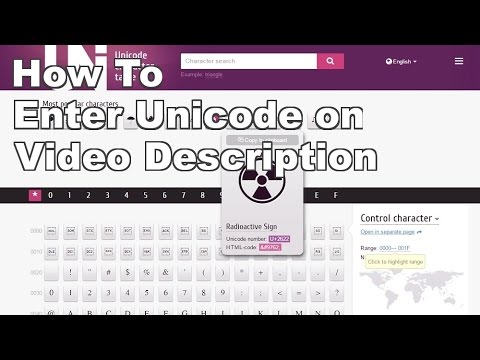 Over the last few days I got increasingly interested in Raiblocks. I have been thoroughly enjoying the project as well as the dynamic of this tight-knit community. And like a lot of people on this platform, I wanted to give a bit of my time, hoping it would help the project move forward. As a fresh outta school brand designer in search of new adventures, the prospect of imagining the identity of a revolutionary type of currency was really exciting. This might be a long read, but it's got pictures! If you just want to see the result : 1, 2, 3, 4 & 5.


First and foremost, Rai is a currency

(I know a fair amount of people find the simplified name off-putting, apologies!)
Rai has the potential to become the currency for peer-to-peer transactions. But to be considered as such and to reach mass-adoption, I believe it was crucial to first think about its monetary symbol. Not many competitors have one. Litecoin is using the west Slavic 'L with stroke', and the Bitcoin community made their own. (Although it took years for the unicode consortium to add it to their code.)
I thought it’d be best to avoid the hassle and instead to follow Litecoin’s path by using an already existing and accessible symbol. The ‘R with stroke’ uppelower case pair used in the Kanuri alphabet immediately caught my attention ⟶ Ɍ. The uppercase symbol could be a primary monetary unit, while its lower case counterpart ‘ɍ’ could perhaps represent a smaller unit.

Colin's team will be in need of a visual identity, which I believe should be somehow linked to the symbol of the currency. What makes Rai special to me (and you) is Colin’s block-lattice technology, seemingly simple. I came up with this mark which aims to reflect its uniqueness. I used the typeface Aften Screen. I particularly enjoyed its subtle friendliness, and interestingly, this font was made only with screens in mind. Can’t get any better than that for a cryptocurrency. :-) I tweaked the wordmark so The ‘R’ becomes an ‘Ɍ’, while two gradients were added to echo the block-lattice structure of the currency. And that’s it.

This mobile version layout is an (on-going) experimentation with colors (I haven’t decided on the full color scheme yet), but it was mainly a way for me to make a custom Rai cross icon. I came to realize that the simplicity of the mark could become a strength of Rai’s identity. So I proceeded to play around with words and icons.
NOTE: As Colin stated in his AMA, people have an issue with the pronunciation, which could be a problem when it comes to brand recognition. « Pay with Rai » is, I think, a way to bypass this issue while keeping the name. I come from a non english speaking country, but I believe these words are simple enough to be understood by most.
Being a sucker for subtlety, I also made a couple of animations with the wordmark, which could be used on the website’s header. (The .gif should play on loop, but the host doesn't allow it somehow), I wanted to make a loading icon and some other stuff, but tiredness came my way.
I Hope you will enjoy these visuals as I much as I enjoyed making them! :-)

dài dài dài
Two years ago, when Maker was initially conceived, the stablecoin it "guarded" was called eDollar. At the time the eDollar mechanics were marketing focused, meaning they compromised on economic efficiency for the sake of making it easier to explain/sell/pump the project. This is why it was a 1:1 peg with USD and hence called eDollar.
However we moved towards creating a stand alone currency that wouldn't have to depend on US monetary policy.
As I considered the Chinese market to be the most important for initial adoption of a stablecoin (since it's where bitcoin is used) I wanted a Chinese name, and my first idea was to call the new free-floating stablecoin JIAO 交 (jiāo), meaning "to exchange", named after the first ever paper currency: https://en.wikipedia.org/wiki/Jiaozi_(currency) . Another nice thing about having a foreign name is that it looks/sounds completely unique to an english speaker and doesn't trigger any existing semantic associations, making for a better and more recognizable brand.
However 交 was quickly abandoned since it also means intercourse...
Another characteristic I wanted from the name was that it needed to be short enough to be its own trading symbol without needing to be abbreviated, meaning 4 letters max. Coming up with short words is really hard, they all sound stupid no matter what combination of vowels and consonants you go with (really, just try). I spent so much time repeating random gibberish over and over in my head.
However a Chinese friend of mine eventually gave me the perfect suggestion: 貸, meaning to lend or to provide capital for a loan. Using pinyin (the modern system for transliterating Chinese characters to latin letters) it is spelled dài, and it's pronounced in the fourth tone; a sharply decreasing pitch. If you click on the little sound icon here you can hear how it's pronounced by a native speaker
Dai was immediately popular because in addition to describing the core of what it's all about, it also has a lot of interesting semantic coincidence. My favorite is the full name of Wei Dai, the inventor of the concept of cryptocurrency. As we all know the real unit of Ethereum tokens is wei, the family name of Wei Dai, and it's fitting that the other key token on Ethereum sounds like his given name, highlighting their equally critical role in making web3 a reality.
Some other coincidences are that the sound of "dai" means "to give" in many slavic languages, and in many asian languages it has meaning related to finance (though this is probably due to Chinese influence of the word dai and thus isn't true coincidence).
Finally there's the fact that it is pronounced like the first syllable of diamond - fitting for the new "diamond standard" of currency. This coincidence is also the inspiration behind the dai symbol and logo.
⬙ Was the first unicode character I wanted for the dai. Mainly because it looks like a diamond and has the nice little triangle showing which way the price is going ;). However I ended up not liking it for a number of reasons, first of all the unicode symbol looks weirdly lopsided in most fonts for god knows what reason. Secondly in the end I'm not so confident that the dai will be strictly deflationary, and as such it's a bad idea to have it a as a foundational part of the symbolism. And also it's quite tacky to have the symbolism appeal to the greed instinct.
Instead ◈ was suggested, an alternative that looks great and elicits the semantics of "diamond hardness" - stability and resilience of the currency. So that's what I now promote as the official unicode symbol.
Just my 0.02◈

Unicode® 10.0.0 2017 June 20 (Announcement)Version 10.0.0 has been superseded by the latest version of the Unicode Standard.. This page summarizes the important changes for the Unicode Standard, Version 10.0.0. The font used for Bitcoin logo is Ubuntu Bold Italic, which is a free sans serif font published by Dalton Maag. What font does Bitcoin use? The logo Bitcoin uses the Ubuntu Bold Italic font. click here to download Bitcoin logo font. About fonts: Font by Ubuntu You can use the hexadecimal Unicode value to insert symbols in Word documents. Enter the Unicode hexadecimal value of the symbol and then press one of the Alt keys along with X key. But this method will only work on Microsoft Word. For example, pressing 20AC keys and then press Alt with X keys will produce Euro currency symbol €. Font. As few fonts include the Bitcoin symbol, a special font was created by Theymos, originally for the BitcoinTalk forum. The font consists of only the Bitcoin symbol (₿) used in the glyph for the capital letter B. The text "BTC" can be entered and styled with this font, causing it to be replaced entirely with just the symbol on those

Designing 6 new BITCOIN Logos. Vote for your favourite - Logo design process from start to finish. ... Design a Word Logo ... Tutorial: Create A Text Logo In Illustrator - Duration: 15:48. Mike ... Base-32 is basically a way of encoding arbitrary binary data in ASCII text. ... In the base-32 symbol chart, map each decimal value to its corresponding character. ... How Bitcoin Works Under the ... It moved me so much that I changed my June Word Art to this. It may have just been a simple font and play on provided hand design, but just as how it was simple, the solution to make change is ... In this video, we can font a message by keyboard's symbol. OUR DREAM CAME TRUE - JOJO SIWA JUDGES OUR SONGS w/the Norris Nuts - Duration: 33:52. The Norris Nuts Recommended for you. New How To enter Unicode on Youtube channel description This is an easy way to add Unicode characters and symbols on your youtube video description. No need to type control codes. Just go to to the ...