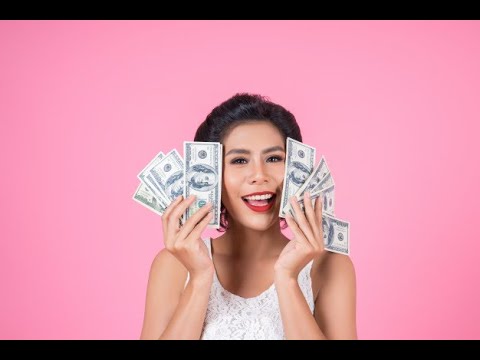 The FBI indictment states that SDPR earned ฿614,305 in commissions. It's been suggested that the expense of running SR, and the large changes in the exchange rate, may substantially reduce how many bitcoins DPR actually could have saved up, possibly to as low as ฿"150-200k". (The logic here is that if SR earns commissions of ฿100 in 2011 but needs to pay $100 of hosting bills, it needs to sell all ฿100 but in 2013, it would need to sell only ฿1.)
DPR surely spent some of the commissions on running SR & himself, but running a website isn't that expensive, and how badly the exchange rate bites will depend on details like how it fluctuated over time, how sales grew over time, and how big the expenses really are. The reduction could be tiny, or it could be huge. It's hard to tell based just on a gut estimate.
So: below, I take estimates of SR growth from Christin 2013's crawl and the FBI indictment, infer linear growth of SR sales, estimate daily expenses, and combine it with historical Bitcoin exchange rates to show that DPR probably has most of his bitcoins and 200k or lower is right out.

My strategy is to model Silk Road's growth as linear in dollar amounts, but with different amounts of bitcoins each day depending on the exchange rate, subtract a daily operating cost, and then sum the commissions.
So say that on 1 January 2012, SR did $10k of business, and the exchange rate was 1:100, so ฿100 in turnover, and SR gets an average commission of 7.4%, so it would get ฿7.4.
To do this, I need to estimate the revenue each day, the expenses each day, the commission each day, and the exchange rate each day. Then I can multiply revenue by commission, subtract the expense, and sum the left overs to get an estimate of the total bitcoins available to DPR which he could (or could not) have spent.

This gives a daily expense of $652 (or a monthly total of $19.1k in expenses). As you can see, the employees are by far the most expensive part of running SR in my estimate, which makes me wonder if maybe Libertas was the only employee.

Assuming the details about DPR hiring hitmen in the indictments are reasonably accurate, we can throw in two large expenses:
So the hits cost DPR somewhere around ฿4797. An extremely large and painful amount, by most standards, but still nowhere near ฿10k - much less higher.


Table 3 provides a breakdown of the feedback ratings from 184,804 feedback instances we collected...In Figure 12, we plot an estimate of the daily commissions collected by Silk Road operators as a function of time. We simply reuse the previous estimates, and apply both the fixed 6.23% rate, and the schedule of Table 4 to each item. We find that the new schedule turns out to yield on average a commission corresponding to approximately 7.4% of the item price.


For example, on July 21, 2013 alone, DPR received approximately 3,237 separate transfers of Bitcoins into his account, totaling approximately $19,459. Virtually all of these transactions are labeled "commission".

Or we can run the estimate the other way: if DPR had to spend $652 a day and converted at that day's exchange rate, and we took into account the hitmen, how many bitcoins would he have spent in total?

Obviously ฿803k > ฿614k, which implies that the linear model overestimates sales in the early life of SR; but going the other direction and estimating just from costs & hitmen & total commission, we still wind up with nearly ฿500k (and that was after making a bunch of highly conservative assumptions). The fewer sales (and commissions) early on, the less of a fixed number of bitcoins will be sold. So, while it may initially sound plausible that DPR could have been forced to part with say ฿400k to pay for SR and sundry expenses, the distribution of sales and fluctuations of Bitcoin value mean that this simply does not seem to be the case.
Unless there are some abandoned yachts floating around the SF Bay Area, DPRoss Ulbricht probably has ฿500k-614k.

[6] ——, “Bitcoin meets google trends and wikipedia: Quantifying the relationship between phenomena of the internet era,” Scientiﬁc Reports , vol. 3, p. 3415, 2013. To ensure that the value of Bitcoin is not compromised by an infinite supply, Satoshi Nakamoto wrote in a “halving event” that happens every 210,000 blocks. When Bitcoin’s network first began, Bitcoin’s block reward was 50 BTC per block mined. This was halved in 2012, at block #210,000, where the block reward became 25 BTC. Bitcoin was the first cryptocurrency to successfully record transactions on a secure, decentralized blockchain-based network. Launched in early 2009 by its pseudonymous creator Satoshi Nakamoto Bitcoincharts is the world's leading provider for financial and technical data related to the Bitcoin network. It provides news, markets, price charts and more. Bitcoin value: $5033.1 Bitcoin value 10 days later: $5160.64 View Event #120 on Chart The world's largest bitcoin and cryptocurrency exchange by volume, Binance, has said "de-listed" Bitcoin SV, striking it from the exchange as of April 22 as it no longer meets the high level of standard they expect.

Bitcoin: The Future of the Virtual Currency, Cyberattacks and Security (2014)

For example, if you bought a bitcoin worth $100, you would offer it for $100, and then wait for that bitcoin to decrease in value. Assuming the purchaser of that bitcoin desired to sell, you could ... Bitcoin Evolution My Real Reviews 💥results And side effects 👇👇 Does Bitcoin Evolution Really Work? Please visit the link for more details https://www.sociall... We also look at how a Gold ETF vs. Bitcoin Price Chart is incredibly near-identical, followed by an update to the ongoing Mt Gox Saga. 👱🏻 Adams Channel! Bitcoin Brief - Mt.Gox Liquidation, BLS signatures vs Schnorr, BCash Stress Tests ... Bitcoin Algo Trading on Deribit. BTCUSD Price Chart. Deribot 260 watching. Live now; Bitcoin Mt. Gox FLASH ... On 19 November 2013, the value of a bitcoin on the Mt. Gox exchange soared to a peak of US$900 after a United States Senate committee hearing was told by the FBI that virtual currencies are a ...