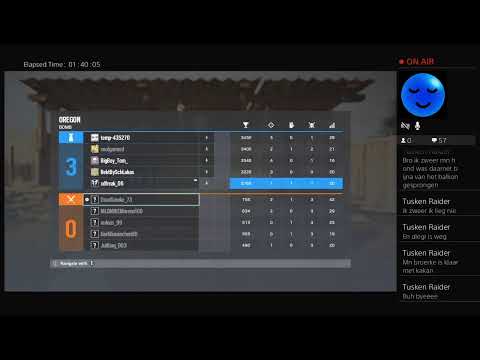 Read on ShibeScoop.com!
Would Dogecoin survive the NFL draft?
How many of you know who Matt Flynn is?
If many of you don’t, I can’t say I’m surprised. And no, he doesn’t have anything to do with dogecoin or any other kind of coin, at least not directly.
You don’t know who Matt Flynn is because omitting the 2012 NFL offseason, during which he briefly became a highly coveted free agent quarterback, he has spent most of his career in relative obscurity. From the college ranks on, Matt Flynn has spent the majority of his career playing the role of dutiful and dependable backup.
At this point, I’m probably losing you, because you didn’t come here to talk football, but by the end, you will see why Matt Flynn’s meteoric rise before his slide back into obscurity parallels the path of many cryptocurrencies.
As many of you have no doubt seen, sometimes one event can have a profound impact on the value of cryptocurrency. Unlike other forms of established currency which are often regulated and controlled by national governments to keep them stable, the values of cryptocurrencies are often very volatile. For example, as many of you have no doubt heard, the dogecoin community recently came together to help send the Jamaican bobsled team to the Sochi Olympics. The visibility dogecoin gained because of the high profile of the Olympics boosted its exchange rate value by about 50% (Davidson)1. In general, because of regulation, the value of actual currencies don’t vary this sharply on a day-to-day basis, at least in the case of currencies used in stable economies regulated by stable governments.
If we think of Matt Flynn as a cryptocurrency, we can see similar patterns. For example, he spent the early years of his career in relative obscurity as a backup quarterback. He did a good job, no doubt, and gained the confidence of the organization and his coaches. His “exchange rate” first spiked in December 2010 when Flynn started in place of the injured Aaron Rodgers against the Patriots. Everyone expected Flynn and the Packers to falter against the prowess of the Patriots’ elite offense. Flynn, however, led the Packers to within four points and lost only when down the stretch, due to his inexperience, he struggled to manage the game clock. Time ran out on what could have possibly been a game-winning drive and a fairytale ending. This game was played on primetime so Flynn’s heroics were witnessed by a wider audience. All of a sudden, people around the nation knew his name; however, he once again slipped into obscurity when Aaron Rodgers recovered from his concussion and retook his rightful place at the helm of the Green Bay Packers. The second spike, which had lasting implications for Flynn’s career, occurred at the end of the 2011 season when Flynn started in place of Rodgers in the last regular season game so Rodgers could rest before the start of the playoffs. The backup quarterback threw for 480 yards and 6 touchdowns in a victory of the Detroit Lions (Wikipedia)2. These numbers were phenomenal and Flynn’s throws lit up the highlight reel. The timing was perfect. Flynn’s contract ended at the conclusion of the offseason, and he was able to cash in on the appreciation of his value. Like some of the first to jump on Bitcoin, Flynn made millions (literally). Would you buy a “flynncoin”? The Seattle Seahawks did to the tune of 3 years, $20.5 million, including $9 million guaranteed. “flynncoin” was on the rise. Unfortunately, it didn’t last. The Seahawks chose to go another direction, choosing Russell Wilson as their starting quarterback despite the premium they had paid for Flynn. They lost their bet. Flynn, on the other hand, won. Because of two games, he was able to land a significant contract.
I guess the moral of the story here is be careful, but don’t be afraid to go for it either. Obviously, things don’t always turn out for the best, but sometimes, taking risks leads to enormous upside.

The new Olympic Channel brings you news, highlights, exclusive behind the scenes, live events and original programming, 24 hours a day, 365 days per year. Of their portrayal in the 2010 film, Tyler Winklevoss said, "They were a bit stiff and maybe not full-dimensional." Cameron added, "Those characters are interesting, but they're not really us." The first online purchase using bitcoin was performed by Laszlo Hanyecz in 2010. He bought Papa John's pizza for 10,000 coins (25 USD – Bitcoin value was 0.0025 cents for 1 coin). The real name of the Bitcoin developer remains unrevealed to this day.; On January 19, 2014, a fundraiser was established by the Dogecoin community to raise $50,000 for the Jamaican Bobsled Team, which had The Wiki Bitcoin article is just below the ‘United States’ article, and above the Netflix original show ’13 Reasons Why.’ Wiki Senior Editor: ‘Bitcoin the Much-Hyped “Future of Money” Last year the ‘Bitcoin’ article accumulated over 15 million views and the page peaked in traffic on December 8, 2017. Warren Buffett made 12 predictions about bitcoin, table tennis, and his death — here's how they turned out as a "good bet to win at the Olympics some day" in his 2009 letter to shareholders