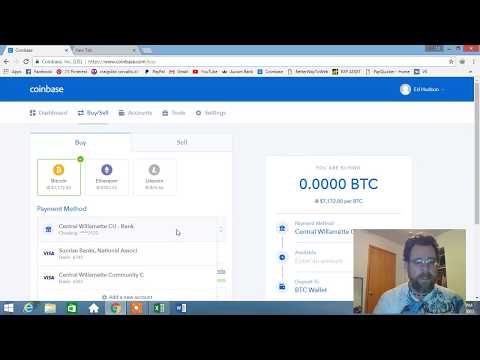 Posting for the people who got scammed since they don’t have enough karma. Written by u/moltke01 (and others):
TL;DR: scammers posing as hot girls on Tinder and other online dating apps getting men to invest in shady crypto currency. Once invested, the exchange and currency both get taken down and the money gets lost.
Here's my story plus knowledge gathered from another victim.
So the tinder part of the scam seemed innocent enough with a long "get to know each other" period prior to the COVID lockdown, before any talk about crypto came up
Read this if you haven't already because it's a good summary of things - https://www.reddit.com/CryptoCurrency/comments/gok1ud/scam_warning_onefinex_and_bdv_coin_scam_via_tinde
And then read this one too, posted by another victim of the scam - https://www.signal-arnaques.com/en/scam/view/236089
Recently, Onefinex was taken down for maintenance the day before they were supposed to ICO the BDV coin. Instead of an ICO, I was offered an exit strategy by the girl who explained she had just got herself out of it safely. She would connect me with an institutional investor who wanted to buy entire accounts so they could take Onefinex to court for fraud
Of course there's a fee I paid for this professional service to one of her business associates, but it was a way out so I took it. Considering I had 84x'd my initial investment I figured okay this is worth paying for so I can keep my gains (I turned $700 into $63,000 so... 90x?)
The buyer was paying me in BTC but would only pay on the Dlexcoin.com exchange because that's where his BTC was so I made an account there. Anyway I was going to transfer directly to Coinbase as soon as I had the BTC so what does it matter?
So I received a bunch of Bitcoin in my Dlexcoin wallet address but when I went to withdraw the Bitcoin from Dlexcoin to Coinbase, nothing happened. Doublecheck everything for the transaction including the 2FA I just set up and nothing happened again. I kept getting an error code called "Method" so I emailed customer service and nothing...
I'm later told by the girl that "because money laundering" I can't transfer my BTC outside of Dlexcoin until I first meet a deposit threshold. And if I want the exchange to help me then I also have to bribe an admin like she did.
Well that's enough! That's where I finally got off the CryptoTinder train.
Now again, I'm a total newb to crypto and someone just turned me onto https://www.blockchain.com/explorer where I can see that my Onefinex and Dlexcoin wallets are empty. Pretty cool research tool but I wish I knew about it earlier! As soon as my BTC went in, it was transferred out just as fast, even though the exchange says its still in the exchange wallet
Additionally, the higher account security like a transaction password & 2FA that I set up was worthless. It must be that their exchange only creates the illusion that you are in control of your wallets when actually you're not, and that your accounts show balances they want you to see when they're actually empty.
So in the end, I can only conclude that the only real money in this game was mine. Everything else was smoke and mirrors. The girl's contributions, the BDV gains, the buyer's BTC, all of it faked.
The girl + BDV + Onefinex + Dlexcoin +DLTS = it's all a scam. In research provided to me by another participant, these people are connected to some other scams which seem to pop up and run for 5-6 months before shutting down
onefinex.com dlexcoin.com e-capitaloption.com sabkaprofit.com ok-1.com http://rexbd.net/html/xerohyip/demo/index.html
 What's most troubling about all this is they're getting better at this. They're writing these white papers and building entire exchanges, and their recent versions of these things are becoming more sophisticated. Along with their means of targeting. They're evolving their game and at some point they'll probably release something to the masses that looks legit even to experienced people...
And hey, warning! They're pushing a coin called DLTS now so buyers beware. If anyone knows about this then please post somewhere and link back to this article

Spreading Crypto: In Search of the Killer Application

Hello fellow Canadian Bitcoiners!
I'm Francis Pouliot, CEO and founder of Bull Bitcoin (previously known as Bitcoin Outlet) and Bylls.
I haven't been active on Reddit for a while but I thought I'd pop back here to let the community know about our new dollar-cost averaging feature, "Recurring Buy"
This post is a copy of my most recent medium article which you can read here if you want to see the screenshots. https://medium.com/bull-bitcoin/bull-bitcoins-dollar-cost-averaging-tool-for-canadians-the-right-time-to-buy-bitcoin-is-every-day-82a992ca22c1
Thanks in advance for any feedback and suggestions!
[Post starts here]
The Bull Bitcoin team is constantly trying to reduce the frictions ordinary people face when investing in Bitcoin and propose innovative features which ensure our users follow Bitcoin best practices and minimize their risks.
We are particularly excited and proud about our latest feature: an automated Bitcoin dollar-cost averaging tool which we dubbed “Recurring Buy”.
The Recurring Buy feature lets Bull Bitcoin users create an automated schedule that will buy Bitcoin every day using the funds in their account balance and send the Bitcoin directly to their Bitcoin wallet straight away.
We put a lot of thought in the implementation details and striking the right trade-offs for a simple and elegant solution. Our hope is that it will become a standard other Bitcoin exchanges will emulate for the benefit of their users. This standard will certainly evolve over time as we accumulate feedback and operational experience.
In this article, I cover:
The problem that we are trying to solve
Recurring Buy feature details, processes and instructions
The rationale (and tradeoffs) behind the main feature design choices
Bull Bitcoin is only available to Canadians, but non-Canadians that wish to have a look at how it works are welcome to make a Bull Bitcoin account and check out how it works here. You will be able to go through the process of create the schedule for testing purposes, but you wont be able to fund your account and actually purchase Bitcoin.
What problems does Dollar-Cost Averaging solve?
The most common concern of Bitcoin investors is, not surprisingly, “when is the right time to buy Bitcoin?”. Bitcoin is indeed a very volatile asset. A quick glance at a Bitcoin price chart shows there are without a doubt “worse times” and “better times” to invest in Bitcoin. But is that the same as the “right” time?
Gurus, analysts and journalists continuously offer their theories explaining what affects the Bitcoin price, supported by fancy trading charts and geopolitical analysis, further reinforcing the false notion that it is possible to predict the price of Bitcoin.
Newbies are constantly bombarded with mainstream media headlines of spectacular gains and devastating losses. For some, this grows into an irresistible temptation to get rich quick. Others become crippled with the fear of becoming “the sucker” on which early adopters dump their bags.
Veterans are haunted by past Bitcoin purchases which were quickly followed by a crash in the price. “I should have waited to buy the dip…”
Many Bitcoin veterans and long-term investors often shrug off the question of when is the right time to buy with the philosophy: “just hodl”. But even those holding until their death will recognize that buying more Bitcoin for the same price is a better outcome.
Given the very high daily volatility of Bitcoin, a hodler can find himself in many years having significantly less wealth just because he once bought Bitcoin on a Monday instead of a Wednesday. His options are either to leave it up to chance or make an attempt to “time the market” and “buy the dip”, which can turn into a stressful trading obsession, irrational decisions (which have a negative impact on budget, income and expenses) and severe psychological trauma. In addition, trying to “buy the dip” is often synonymous to keeping large amounts of fiat on an exchange to be ready for “when the time comes”.
There must be a better way.
Bitcoin investors should be rewarded for having understood Bitcoin’s long-term value proposition early on, for having taken the risk to invest accordingly and for having followed best practices. Not for being lucky.
Overview of features and rules
In this section I go into every detail of the Recurring Buy feature. In the following section, I focus on explaining why we chose this particular user experience.
The user first decides his target investment amount. Ideally, this is a monthly budget or yearly budget he allocates to investing in Bitcoin based on his projected income and expenses.
The user then chooses either the duration of the Recurring Buy schedule or the daily purchase amount. The longer the better.
The frequency is each day and cannot be modified.
The user must submit a Bitcoin address before activating a Recurring Buy schedule. By default, every transaction will be sent to that Bitcoin address. It’s the fallback address in case they don’t provide multiple addresses later.
Once the user has filled the form with target amount, the duration and the Bitcoin address, he can activate the Recurring Buy Schedule.
The user is not required to already have funds in his account balance to activate the schedule.
We will randomly select a time of day at which his transaction will be processed (every hour, so 24 possible times). If the user insists on another time of day, he can cancel his Recurring Buy schedule and try again.
 
 
The Recurring Buy feature as displayed on bullbitcoin.com/recurring-buys
The schedule is then displayed to the user, showing the time and date at which transactions that will take place in the future. The user will be able to see how long his current balance will last.
He can follow the progress of the dollar-cost averaging schedule, monitor in real time his average acquisition cost, and audit each transaction individually.
At this point, the user can and should change the Bitcoin address of his next transactions to avoid address re-use. Address re-use is not forbidden