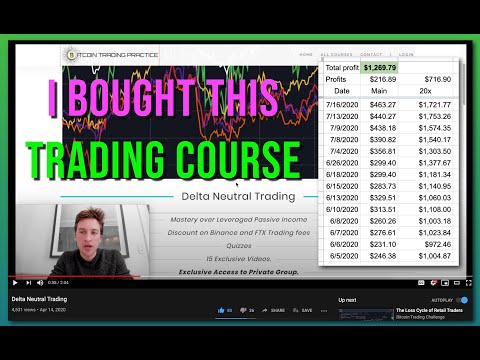 Why you should not trust Bitfinex

TL/DR: The founder of Bitfinex has a history of supporting ponzi schemes and the exchange was founded using stolen "swiss-cheese" source code. Read the first quote. Don't trust them.
 There have already been arguments on here about whether or not Bitfinex is solvent in light of their recent and past issues, so I'll approach this from a different angle.
Take a look here at the first few posts in this thread. Here we see the founder of Bitfinex, "unclescrooge" - Raphael Nicolle, defending one of the biggest Ponzi scammers in Bitcoin's history and demanding apologies from those calling it out (he recently deleted the post itself, but it was quoted by the next person):
https://bitcointalk.org/index.php?topic=101345.0


INow that Pirateat40 closed down his operatations thanks to all the fud that was going on and growing on the forum, I expect everyone that spreads this fud, accused and insulted Pirate and the people that supported him to apologize.
Not only did Pirate brought us a great opportunity for investors (once in a lifetime actually), he did help stabilise and grow steadily bitcoin price, volume exchange, and thus contributed to the success of bitcoin. For that, Pirate, I want to thank you. You've done a wonderful work, and I hope you're stay around here.
Now, apologies on.


Here's some background on the pirateat40 Ponzi scheme for those unaware:
https://motherboard.vice.com/en_us/article/lawyer-reveals-details-about-the-man-behind-bitcoins-45-million-ponzi-scheme
So what does that mean? In the best case scenario, the founder of Bitfinex is a colossal moron who can't even identify a blatantly obvious ponzi scheme - and is certainly not someone you would trust with your money.
Worst case scenario, he knew what was going on and was looking for more victims to feed the scam - again, not someone who you would trust with your money.
Had I known about this history, I personally never would have put a dime on Bitfinex.
Here's some more info on the origins of Bitfinex - the gist of it is that the exchanged was bootstrapped on the stolen, leaked, bug-ridden source code of Bitcoinica (an exchange that itself was mysteriously "hacked" and all the money disappeared):
https://www.reddit.com/BitcoinMarkets/comments/2c4kkg/what_do_we_know_about_bitfinex/?st=j1o2gmfd&sh=28098796
There's much more to dig into about the exchanges history of bugs, incompetence, and questionable actions (example: https://www.reddit.com/Bitcoin/comments/36uxxz/bitfinex_has_been_hacked/crhcaov/). Oh, and remember that the owners see no issues with trading on their own exchange. There are many ways to take advantage of privileged info (stops and liquidations, bfx token trading, etc.) if an owner is dishonest, let alone more serious possibilities of fractional reserve and gambling with user funds. Someone who has no issues with ponzi schemes probably has no issues with the above, either.
This is just the surface of issues discovered, others here have far more knowledge of the history of issues that I do.
And a final parting quote for the next time you hear someone accused of spreading "FUD" about Bitfinex - here's another "unclescrooge" quote about those calling out pirateat40 as a scammer:


Fuck everyone that spreads FUD. You could have made great profits while helping stabilising bitcoin price. Now back to scammers at 2% a week and great volatility that make bitcoin look like a laughing stocks.
Fuck you. At least now you'll look ridiculous, that's my only pleasure.

The recent news about Abra made me think that only our Organization is qualified to prepare an authoritative list of bit-coin companies and services, classified according to their degree of success. Here is my first try:
Have significant demand by non-bitcoiners
Have significant demand only among bitcoin believers/holders
Do not have any demand to speak of
Any additions?

I saw this posted in the SR forum and figured I would repost in case others have difficulty accessing the forums. Hi all,
It has come to our attention that some users on Silk Road believe the following;
1. That I am a scammer and was involved in a Ponzi scam on Silk Road. 2. The moderators at Atlantis market are deleting user comments. 3. Our forums term of use policy is aimed to arrest people and record information. 4. That we are DDoS'ing Silk Road. 5. Our PGP system is crackable.
I'd like to take the time to address each point and if you have any questions, please don't hesitate to reply to this thread. The staff members at Atlantis and I are happy to address your questions.
1) This belief has come into existence as 'Vladimir' was a scammer on Silk Road and thus people thought I was the same person as him. Unfortunately without knowing Vladimir's past history, this is my name and the one I have chosen to use. Hypothetically if I was Vladimir, why would I use a scammers alias at a market place which deals directly with user funds? It wouldn't help build trust in our market place and doesn't make any sense at all. Its the equivalent of pirateat40 creating a new Bitcoin Savings and Trust scheme and asking people to re-invest in it. We're proud to say that in our 7 weeks of operation, we have suffered no down time, no users have lost funds and security concerns have been addressed promptly (like increasing PGP key support up to 16Kbits).
2) We have deleted posts only related to spam, posts involving unfounded claims or accusations (FUD) and have deleted no posts in which people have given us criticism, bug reports or requests about improving security. You can check the relevant forum sections to find examples of this. We actively encourage this feedback as it helps us create a better market place. We are here to help users and are happy to reply to any security concerns or criticism you have. We have also created a sticky topic in the general forums for people to post whatever conspiracy theories they like. We will not be moderating this thread however the other forum rules still apply.
3) We used the default term of service which comes with the forum software. You can find an exact replica when you download and install the SMF software. This has now been updated.
4) We believe competition is healthy and believe that Dead Pirate Roberts is a great leader. We also need to shed the light that Silk Road has had technical issues in the past, even when we weren't around. Things like item listing image hijacking, denial of service attacks, site upgrades and switching hosting providers all caused down time. Although it would assist in us gaining more market share if our largest competitor is down, we have no desire to resort to dodgy tactics. We believe that what goes around comes around.
5) The auto-encryption service only works IF the user or vendors uploads their PGP public key (we support key sizes of 1024 - 16384 bits). However, Atlantis also supports manual encryption outside of Atlantis in which users can use a PGP client to encrypt their message. Atlantis administrators and law enforcement could not decipher the encrypted message without the users private key. With all this said, the security comes down to the end user. If they don't trust the auto-encryption service, they can STILL manually encrypt the message outside of Atlantis and thus there is absolutely no risk of anyone being able to decipher the message. To this day, PGP with large key sizes (>= 4096bits) is still uncrackable, you can find more information about it here: http://en.wikipedia.org/wiki/Pretty_Good_Privacy#Security_quality. Noting: 'there is no known method which will allow a person or group to break PGP encryption by cryptographic or computational means.'
As stated earlier, if you have any concerns please don't hesitate to reply to this thread. Lastly, we'd like to thank all the people who have put their trust in Atlantis and believe in where we are heading. The ride is only just starting and we're glad to have you as part of Atlantis
http://atlmlxbk2mbupwgr.onion/index.php?topic=235.0

The SEC claims Bitcoin Savings & Trust, formerly known as First Pirate Savings & Trust, was a sham and a Ponzi scheme in which Shavers used bitcoins from new investors to make purported interest New submitter beltsbear writes "Despite the many people calling it out as a Ponzi scheme from the beginning, Pirateat40 was able to collect millions of dollars worth of Bitcoins from thousands of Bitcoin users.At almost every stage Pirateat40 copied the path of the EVE Online Ponzi scheme except on a much larger scale with a far more liquid take. Now, it has shut down, and investors are Like virtually every Ponzi scheme, there were some glaring red flags. Pirateat40 took custody of his clients' assets by gaining access to their bitcoin wallets-the supposedly safe online storage for your bitwealth-transferring at least 150,000 bitcoins from his clients' accounts to his personal account. In reality, the SEC says BTCST was a sham and a Ponzi scheme in which Shavers used Bitcoin from new investors to make purported interest payments and cover investor withdrawals on outstanding One of the most famous cases in the short history of Bitcoin has finally been decided in court. An American judge sentenced Trendon Shavers – best known as ‘pirateat40’ -, to pay a combined $40.7 million for running a Ponzi scheme.. Shavers was the owner of Bitcoin Savings and Trust, a company that sold investments using BTC and was investigated by the Securities and Exchange Commission

Link Price News 📝 Bitcoin Volatility Incoming 💥 DeFi Super Users 😅 Ivan On Tech & More! ... Coronavirus Cases, ... Uniswap & Ampl 🚀 Bitcoin Down To $8000 📉 - $700m BTC Ponzi Scheme ... ⚡Grasping Bitcoin with Ease E-Book: ... WORST Case for Crypto.com (Victim of 2.1 Billion Dollar Ponzi Scheme) - Duration: 11:25. We will also take a look at Digitex Futures as it makes great progress toward a full launch, Algorand gets listed on Coinbase, and we examine the Twitter hack of verified accounts and how it made ... The next bull cycle for bitcoin (BTC) may bring its price up about 2 to 5 times the price seen during the previous all-time high from December 2017, meaning it could jump to USD 40,000 - USD ... I have so many years experience in this hacking job.....contact me [email protected] or via WhatsApp +1 219 554 8224 .I hack all website such as... Cashapp,,,Bank transfer,,,, account loader ...