Blockchain 101: How This Emerging Technology Works 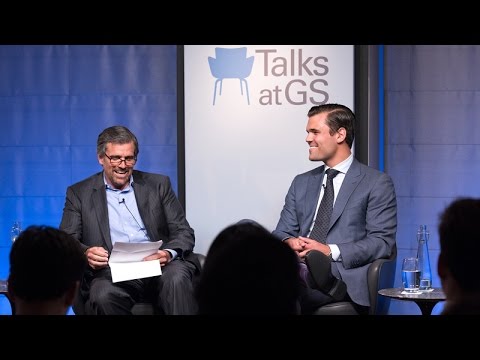 A Look at DCG & Bitfury's Incestuous Ties With the U.S. Government

Board of Digital Currency Group
Glenn Hutchins
Advisory Board
Larry Summers
DCG of course is an investor in both Blockstream and BTCC.
DCG's money comes from:
DCG also owns Coindesk.
BTCC and Bitfury are the only two large mining pools who are outspoken in their support of Bitcoin Core.
 The Bitfury Group Leadership to Present at Clinton Global Initiative (https://archive.is/MWKee)
Full Video (Begins at 32:00)
“The Bitfury Group is proud to be the world’s leading full service Blockchain technology company, we are deeply honored to represent this innovation to an audience of extremely dedicated game-changers, and we look forward to highlighting our company’s groundbreaking ‘Blockchain for global good’ work at such an important event, said Smith. “From the White House to the Blockchain, I know this technology has the power to deliver inclusion and opportunity to millions, if not billions, of people around the world and I am so grateful to work for a company focused on such a principled vision.”
 Bitfury Lightning Implementation
Chairman: Avinash Vashistha
CEO: Chaman Baid
CSO: Nandan Setlur
 BitFury Enhances Its Advisory Board by Adding Former CFTC Chairman Dr. James Newsome and Renowned Global Thought Leader and President of the Institute for Liberty and Democracy Hernando de Soto (Businesswire)
 Bitfury Board of Directors
Robert R Dykes
The other board members include two Bitfury founders, and an investor.
Bitfury Advisory Board
James Newsome
Hernando de Soto
Tomicah Tilleman
Jamie Smith
Jason Weinstein
Paul Brody (no longer appears on site, and his LinkedIn has no mention of Bitfury, but he is mentioned in a Press Release
 New America Foundation
 Muskoka Group
[note: this is worthy of much more research]
 Blockchain Delegation Attends Democratic National Convention https://archive.is/k16Nu
Attendees:
Jamie Smith — The Bitfury Group & Blockchain Trust Accelerator Tomicah Tillemann— New America Foundation & Blockchain Trust Accelerator Alex Tapscott— co-author: Blockchain Revolution Brian Forde — MIT, Digital Currency Initiative
 Brian Forde
Alex Tapscott
 World Economic Forum
 Bitfury Washington DC Office
Washington DC Office 600 Pennsylvania Avenue Suite 300 Washington, D.C. 20003
http://bitfury.com/contacts https://archive.is/ugvII
 Bitfury Chosen for Ernst & Young Blockchain Startup Challenge
 Deloitte Unveils Plan to Build Blockchain-Based Digital Bank http://www.consultancy.uk/news/12237/deloitte-unveils-plan-to-build-blockchain-based-digital-bank https://archive.is/UJ8Q5

Part 1. What is a Blockchain?

I really like the following definition of a blockchain from Don & Alex Tapscott, authors of Blockchain Revolution (2016).


“The blockchain is an incorruptible digital ledger of economic transactions that can be programmed to record not just financial transactions but virtually everything of value.”

If the above definition is a bit much to digest all at once, my own basic definition of a blockchain is:


"A chronological public ledger of all past transactions that is VERY difficult to tamper with."

What these definitions mean, and what they foreshadow to us, are that the acts of: buying melons at a local farmers market, selling your home, registering your marriage, voting, borrowing money and paying it back, etc, are all possible TODAY by using (and trusting the tech behind) a blockchain.

How is this possible? It's actually a fairly simple explanation...When committing information into a blockchain, 7 Simple steps are taken. They are: 1. Request, 2. Broadcast, 3. Validate, 4. Verify, 5. Add to Block, 6. Add to Blockchain, 7. Completion

1. Request. Someone decides to Request a transaction. Matt wants to send Corrinne 1 Bitcoin.

2. Broadcast. The requested transaction is broadcast by Matt's computer, "HEY EVERYONE! Help me send 1 Bitcoin to Corrinne, here's the necessary info." Matt sends his Broadcast to everyone's computer connected to the blockchain through a Peer-to-Peer network. In this case Matt is only broadcasting to computers on the Bitcoin blockchain, also known as "Broadcasting to the Bitcoin Nodes."

6. Add to the Blockchain. After a Block is filled to capacity, it must be added to the Blockchain. The chaining together of Blocks, in a way which is permanent and unalterable (under almost all conditions) is where Blockchain gets its name. This process involves SHA-256 hashing, Merkle trees, and other actions that require a lengthy explanation. The following is a simplified version of the process:
Bitcoin Nodes race each other to solve a cryptographic puzzle that uses a LOT of computer resources (Time x Electricty). Whichever Bitcoin Node solves the puzzle first wins the right to chain the Block they created onto the existing Blockchain. Other Bitcoin Nodes will Verify (similar to Validating Matt's Request) that when the winning Bitcoin Node created this new Block, the Rules for creating a new Block were followed. If the Rules were followed, the new Block is mathematically chained onto the most recent Block to also meet this same criteria.

7. Transaction Complete! Matt's Request has now been irreversibly recorded into the Blockchain of Bitcoin. Corrinne's computer can now access the Blockchain and see this Completed transaction. In fact, every single person looking at the Bitcoin Blockchain can see that Matt now has 1 less Bitcoin and that Corrinne has 1 additional Bitcoin.

** This image has a visual explanation for the above outline. hold CTRL + scroll up on mouse wheel to zoom

A parting thought: I would be remiss to not mention that the process of Block creation and Block chaining is where this technology shows us how novel it truly is. Currently, the electricity consumed by those processes is more than N. Korea and quite a few small countries. Every day folks are finding newer, faster, and more efficient ways of bending this technology to benefit us all. It is an exciting time to be a part of what I believe will be another technological revolution. The daily lives of people the globe over will be significantly impacted by whatever we end up doing with blockchain technology.

Thanks for reading, and an extra thank you for seriously wanting to learn more about Blockchain Technology! Please comment below for further explanations, to get an answer on any questions you have, or just to correct me if you wanna be that person. Stay tuned for Parts 2-4.
~Matt
www.DenverCryptoGroup.com

'Alex Tapscott'（1986年生まれ）は、カナダ人のビジネス作家であり、諮問委員|アドバイザーです。彼の研究は、Blockchain（データベース）|ブロックチェーン技術とビットコインのような[cryptocurrencies]のアプリケーションを中心に展開しています。 Don Tapscott (01.06.1947) ist CEO des Blockchain Research Institute, einer der weltweit führenden Wirtschafts- und Wirtschaftsbehörden. Der Autor von 16 Büchern, darunter Wikinomics: Wie Massenkollaboration alles verändert, wurde in 25 Sprachen übersetzt. Tapscott is the author and co-author of sixteen books on the application of technology in business and society. His book "Wikinomics: How Mass Collaboration Changes Everything" (2006), co-authored with Anthony D. Williams, became an international bestseller, number one of the 2007 management book, and has been translated into 20 different languages. With his son, Alex Tapscott, he recently co-authored the book Blockhchain Revolution, How the Technology behind bitcoin is Changing Money, Business, and the [...] Jun 28, 2016 In an article special to the Globe and Mail, Alex Tapscott writes Bitcoin is the mother of all cryptocurrencies, and the most famous of them. Created by a person or people using the pseudonym Satoshi Nakamoto, it defined the algorithms that enable the transfer of...