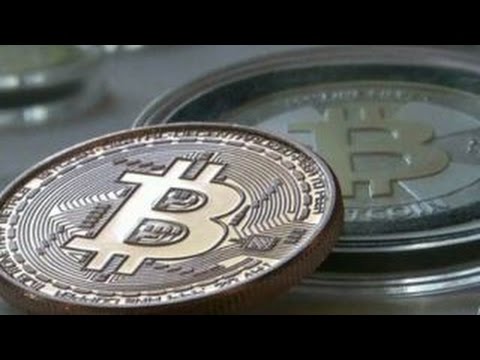 Founder of Uphold (former Bitreserve) is a trademark troll. In 2014 he secured bit-related trademarks and uses his patents to seize domains and destroy or hinder other bitcoin related businesses.

Due to the recent post regarding uphold threatening to sue Andreas Antonopoulos! I think it's time for me to reveal what happened to me in 2015.
I am the owner of the domain bitreserve.com, registered in February 2011. I was an early adopter of bitcoin and bought the domain with the intention of setting up a wallet service for transferring BTC similarly to what e-gold did back in its days. Due to illness, I did not release the wallet as of now.
A couple of years after I bought the domain, the now ex-billionaire Halsey Minor discovered bitcoin, and unfortunately for me, decided that he liked the name “BITRESERVE”. He bought .org, .net. At first, this was not an issue. In 2013 we had an e-mail correspondence talking about our businesses, and Halsey asked if I was willing to sell the domain to him. I had at the time began the work on bitreserve and did not want to select another domain, so I refused repeatedly. Eventually I gave in and told him a big sum of money to make him stop bothering me for the domain. After a short reply indicating that he was offended, there was silence.
Skip ahead until May 2015 when out of the blue I received this threatening letter from his lawyer, demanding that I give him the domain free of charge, because according to him, I was, in “bad faith”, profiting off his trademark (since I wasn't using the domain at the time I had it redirect to a non-profit open source project (getmonero.org)).
Furthermore, he let me know in very clear terms that he would use the law against me if I ever tried to launch my bitreserve service on bitreserve.com.
After some research I discovered that Halsey had grabbed a bunch of trademarks in 2014 and was now using them in an attempt to steal from others.
Notice how they have secured a trademark on “bitgold” ? That term goes way back into the 90s cryptographer Nick Szabo. In an e-mail from January 2015, Bitreserve said that it will sue bitgold.com (another Canadian based bitcoin exchange) into oblivion once they launch their service. The fact that they have even trademarked bitelectrum tells a lot about their ill intentions. Bitshares has since long established with bitusd etc, a topic discussing the possibility of Uphold to steal it can be found here.
It turns out the founder Halsey Minor has a history of being extremely litigious, in addition he bailed on his debt and declared bankruptcy in 2013, after apparently losing his fortune on bad investments, art, hotels/real-estate and unfinished projects (and losing lawsuits?).
The new CEO of Uphold (Anthony Watson) is no better when it comes to legal threats and threaten to sue me if I use the domain for anything. Halsey Minor does not believe in bitcoin at all, to quote him "Bitcoin will not exists in 5 years". And the fact that the current CEO calls Andreas a "random he has never heard of" speaks volumes.
I urge you all to not support a company run by these individuals. In fact I wouldn't trust them to keep your money safe *.

Is Bitgold, Inc a scam?

I opened a new account for this because I'm concerned about legal action from the people behind Bitgold, Inc. I'm not a nOOb and I've been a bitcoiner since 2012.
My motivation for this post: I've been thinking for a long time that a gold-backed colored coin might be the path to mass bitcoin adoption, a bridge from the past of non-fiat value to the future. E-gold didn't have the tech chops to execute and went down in a Gox-like implosion of hackers, malware, and crap management.
Bitshares doesn't convince me for lots of reasons. And Bitreserve is a centralized service, which is a non-starter for me, though there service is easy as pie to use. But these Canadian Bitgold, Inc people really worry me because I worry they are up to something seriously fishy.
If they end up scamming a lot of investors and/or users, it will be a huge setback for the gold <==gold colored coins==> bitcoin adoption that I think is bitcoin's best shot at near-term mainstream adoption.
I first heard about them when I saw this on Coindesk. I was excited, as it seemed like some serious investors were backing an effort to bridge gold and bitcoin.


Sebag, BitGold's CEO, said technological breakthroughs in decentralised payment technologies such as the blockchain and Ripple have created a historical opportunity to make gold a useful means of payment in daily transactions.


They have a placeholder site (www.bitgold.com) with a count-down clock (they are going to launch in 14 days) and an email sign-up that promises $20 in gold per email. That struck me as a bit generous, but I remember reading that Paypal dished out $10 per user when they first started. And who am I to second-guess their marketing strategy.
But then this came across by bitgold google alert yesterday.
Despite having just raised $3.5 million, Bitgold, Inc is "going public" to raise more money (an additional $6mm target) by reverse-merging into a publicly-traded company also controlled by the Bitgold,Inc. principals who are named Sebag and Crumb (Dickens would have been pleased!).
Let me count the ways this smells fishy to me:


Sprott Inc., a leading alternative asset manager, has commenced discussions with BitGold to assess the potential business opportunities and commercial feasibility of establishing a strategic relationship.


Uh, okay, but then there's this farther below:


BitGold has obtained a lead order from Sprott Inc. and certain of its directors who intend to subscribe for an aggregate of 2,222,222 Subscription Receipts for an aggregate purchase price of $2,000,000.


So, which is it? Is Sprott in or is Sprott out. Or is going to be like the Soros bait and switch?


True gold ownership requires gold to be safely vaulted and stored, making it extremely difficult to spend, especially in micro-transactions. BitGold solved this problem by developing a patent-pending technology and platform that is part gold exchange, part payments technology and part custodian, resulting in a powerful user experience that advances gold from a physical element to an instantly accessible unit of account and store of value for the internet, an operating system for gold.


Despite their original Soros-era chatter that implied they were going to be built on top of a decentralized crypto solution-bitcoin, ripple, or something new-- seems like they are going to be another trusted-party, centralized system. That's fine, but what I worry about is that this is a Neo & Bee that's going to seriously tarnish the whole concept of bitgold.
Coindesk covered this latest Bitgold, Inc announcement, as they did the previous one. Sebag once again pays some lip service to decentralization:


“You can drop in a bitcoin and it turns into physical gold, and you can redeem the physical gold to bitcoin,” Sebag said in a more candid moment. “We’re fully compatible with blockchains like bitcoin and ripple, but the platform itself, a lot of it is built around security.”


What's that supposed to mean? Can anyone tell me?
I'm all in favor of anything that will move the world away from funny money fiat and toward bitcoin, but I'm seriously afraid that these Bitgold, Inc guys are going to forever link the term bitgold to a pump-n-dump calamity for users and investors.
I'm going to keep digging, but I'd welcome help from the community.
Where's Nick Szabo's bitgold--the kind we really need!

Is Bitreserve the best Bitcoin return on Investment? 3.5% daily returns with hourly payouts

Bitcoin is a cryptocurrency and a digital payment system invented by an unknown programmer or a group of programmers under the name Satoshi Nakamoto It was released as open source software in The s... Try out bit reserve for yourself - DO NOT INVEST MORE THAN YOU ARE WILLING TO LOOSE!!! MY FAVORITE CLOUD MINING PLATFORMS: Hashflare - https://hashflare.io/r... Bitreserve CEO Anthony Watson on the company, its business model and the challenges bitcoin faces. Watch Deirdre Bolton talk about Currencies, Financial Services, and World Markets on Risk And Reward. The smart Trick of 4 Ways to Use Bitcoin - wikiHow That Nobody is Discussing Download a wallet: is a good choice for newbies, benefits XRP/Ripple because it stores XRP offline. Website remains in ... A short Bitreserve Tutorial and Walkthrough with commentary. My first time using Bitreserve. ... I'm going to use this opportunity to make a tutorial video about another way to invest your Bitcoin ...