The Bitcoin Foundation. All about cryptocurrency - BitcoinWiki 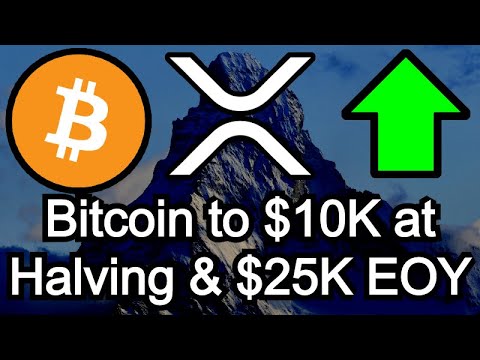 Meet the 15 Candidates for the Bitcoin Foundation Board Elections

Does The Bitcoin Foundation Board Election Even Matter??

Bitcoin Foundation Board Election: Jim Harper, Olivier Janssens, or Does It Even Matter?

Meet the 15 Candidates for the Bitcoin Foundation Board Elections

Who are you voting for in the Bitcoin Foundation board elections?

Here is the list of candidates.
(only accessible to Foundation members, if you're not a member you can sign up for a small fee)

Looks like over 80% of Bitcoin Foundation members are not allowed to vote in the current election - including several candidates & current board members.

Less than 20% of Bitcoin Foundation members will be eligible to vote due to a new requirement that members "activate" their accounts. Even if they are candidates, current board members, regularly participate in the foundation message boards or are actively involved with the foundation. Even those who just joined within the last month would not be able to vote unless they performed the additional step of "activating" accounts.
Even less than this 20% will actually vote. Even several candidates are not eligible to vote because, like many people, we were not aware of this new requirement. I did certify my candidacy and also sent a written form to the Foundation and made sure I appeared on the roster of life members and that my forum registration was active. No one publicly knows who the actual tiny number of 364 people who are eligible to vote are.
The requirement to activate accounts was not announced on the Bitcoin Foundation home page (nor was the election itself!) or on Reddit or on Bitcoin Talk, two of the most popular industry news sources. As far as I can see, no press release was issued. It was only announced on the proprietary Bitcoin Foundation message board which typically has roughly a dozen active members and a few posts a day and by email which is easily missed or filtered as spam and on GitHub which had 4 or so comments. I don't think the announcement of this was done in a fair manner and therefor the election results will not reflect what actual members wishes.
I have no idea what the odds of any candidate are. I can be certain that many longstanding members who have told me they would vote for me are not going to be allowed to cast a vote and I'm sure it's the same for other candidates.
If by some chance I am elected by the small number of unknown people who are allowed to vote then I pledge to work to improve transparency and ensure a more fair system in the future.
The problem is not the rule or the procedure but the poor communication around it.

Hi,
Since this election is in the individual category it is community driven, I wanted to give fellow Redditors the chance for any questions on the election.
Ask away!
Background: I'm a 22 year veteran financial professional and founder of an investment firm. I focus on emerging tech and emerging markets and travel quite a bit. I was an early web pioneer and see similarities to this tech. I've done about $5 billion in investments over the years and worked with some large clients.
I became active in Bitcoin in 2013 and work as an advisor and investor in the space. I am the organizer of Dubai Bitcoin Conference and have a couple other events coming up - the Satoshi Roundtable private retreat and the New England Bitcoin Conference which will be announced soon. I also am president and one of the founders of the Bitcoin Association, a decentralized group. I'm a member of the Global Bitcoin Alliance. I am a lifetime member of the Bitcoin Foundation.
I am an outspoken critic of excessive regulation and I have spoken at about 15 Bitcoin events this year.
I think the Bitcoin Foundation has some areas in need of improvement. It is unfortunate that some people have become upset with or left the foundation and this shows that there are areas which could be improved. Some of the challenges have been due to standard growing pains we should expect in an emerging space, some criticism is unwarranted, some is valid that we can learn from.
Overall I think that there is an important place in the ecosystem for the Bitcoin Foundation and that the organization can do more help to the space than if it didnt exist.
I'm running because I believe in the space and believe the Foundation can help the space and I'd like to help the Foundation be as good of an organization as it can be.
If you are interested in voting you need to be an individual member. Currently this costs $25 per year.
Edit: I should include my Facebook, which has about 85,000 people on it its http://www.facebook.com/brucefentonpage
Also you can check out http://brucefenton.com (under construction) or http://YouTube.com/brucefenton which both have lots of Bitcoin videos -- if you want my thoughts on regulation and Bitcoin watch some of the speeches from the last six months

Andreas Antonopoulos: "By firing the elected board members, the Bitcoin Foundation lost it's last source of legitimacy as a member-driven organization. Disband it."

The Bitcoin Foundation is Electing A New Board Member - Here's The Audio Debate Between 11 of the Candidates.

Bitcoin Foundation Canada - first meeting this Saturday in Montreal, don't miss the board of directors elections

Andreas Antonopoulos: "By firing the elected board members, the Bitcoin Foundation lost it's last source of legitimacy as a member-driven organization. Disband it."

My primary reason for running in this election is to ensure that my platform of steering the Bitcoin Foundation completely towards the technology aspect of Bitcoin is implemented. I want the Foundation to focus all its energy and resources on supporting Bitcoin’s technical infrastructure. As a board member I will thus support Patrick’s The struggling Bitcoin Foundation, now battling for its very survival, plans to appoint new board members without the election process. The Foundation’s latest troubles include it being close to running out of money and the departure of two board members due to rancorous disagreement. Discussion from Foundation Committees (both current and old) 164 topics; 1,354 replies; Affiliate Organizations. Australia, Canada, Mexico, Germany, Netherlands, Denmark, Bangladesh; Discussion for and among Bitcoin Foundation Affiliates. 51 topics; 150 replies; Board Elections. Board Election 2016, Board Election 2015, Board Election 2014 Please see the Bitcoin Foundation blog post below for more information: Update: Election For 2 Vacant Industry Seats. There are now two vacant industry seats available on the Board of Directors for this upcoming election. Here’s the overview: Nomination Deadline: April 7, 2014. To nominate, you must be an industry member of the Bitcoin (Source: Bitcoin Foundation) Board Election – Individual Seat (2013) – Winner: Elizabeth Ploshay (Source: Bitcoin Foundation) At the start of 2014, the holders of the two founding industry seats resigned. Charles Shrem resigned on 28 January 2014, two days after his arrest at JFK airport for money laundering and unlicensed money transmitter