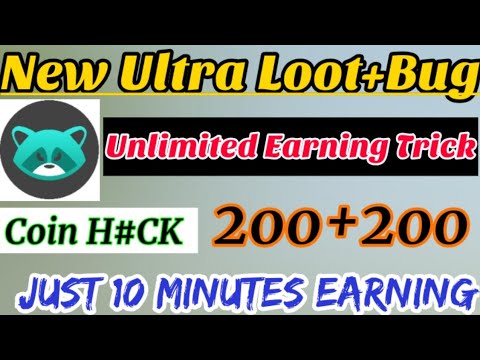 Ducatus, from analogies of the roman empire to MLM-cryptoscam

​ The other day I checked out a "recruiting" meeting of Ducatus, a so called fork of LTC.
Short backstory...About 3 years ago my grandma got talked into OneCoin, a crypto scam, almost as big as the classic “my wife still doesn’t believe in me”. Anyways she “invested” 5000€ in OneCoin and now I’m trying to find someone who deserves being an “early investor” more than her... I already posted a threat in OneCoin seeking for help, but I came to realisation that the only way to get the money back would be a private sell of her account. It’s kind of a fucked up thing to do, sort of like intentionally spreading a disease, but honestly fuck it if there is a OneLife Fam member who is already so delusional and can’t resist buying a cheap OneFakeWallet (ofc not a new “investor”) it’s at those meetings. So far for my intentions of even attending something like this...
Back to Ducatus, the new bright star on the horizon of Cryptocurrencies. The event I attended was presented by a guy, which is probably in his 30’s and, who would’ve thought, the demographic of the audience was about 20-30 years older than him. Heck I was the only one in the 20’s in there... First he just talked about how bitcoin made ppl rich, then quickly went on further explaining how bitcoin won’t be able to become the “thing that’ll buy you a coffee” and yeah so and so on...He even mentioned that there are already thousands of other cryptos, which he didn’t bother going into detail about tho...
Finally he explained why Ducatus is a good buy:
Dustin D. Trammel, one of the earlier bitcoin miners, who was being talked about for the majority of the time, mostly conveying it in a way like he is 100% involved in the project and through that making ppl think there is actually someone who worked with the inventor of blockchain to score some credibility for making up another crypto. But in reality Ducatus(SwissMine) is just a client of trammel ventures, being provided with standard block chain service like every other client who pays them... Funny thing is the CEO of Ducatus/SwissMine(Ronny Andreas Tome)sold a villa for quite some BTC’s back in 2014 and apparently, according to them(found no source) the buyer was Dustin Trammell. But that’s all just to make everything seem more trustworthy to the elderly, uneducated(in terms of Blockchain) audience.
Also it will be the day to day useable crypto, because there is a cafe chain in Singapore which already uses it as a payment method (which surely belongs to their company) Then he elaborated, as mentioned above, on how BTC won’t be a way to pay for mundane goods because of its price volatility and scalability etc., which is true, but then comparing it with how the first Ducatus transaction was instantaneous...Duh ofc it’s gonna be quick if you only have one transaction on a centralized ledger. And there are so much other projects out there that solved most of the problems already (ie. Nano). But how are you supposed to know that if you know nothing about the technology to begin with... Then he said that Ducatus will hit exchanges on 21.03.18, after it being delayed by a month, because of a hacker attack on an Asian exchange in Jan, 18 ( he’s talking about Coincheck where 500mil dollars worth of NEM where stolen due to a security lack) which has absolutely zero correlation with Ducatus. But that’s the thing: public sale is the death of every PonziCrypto, so you make em believe it’s gonna happen one day, you make em hodl worthless coins and you let em trade it internally so they can actually associate some worth with it...
These poor ppl...I felt so bad for them sitting in there, listening to this high class crypto bs and not being able to do anything about it... At the end an elderly couple asked me if I already had talked to someone about my “recruitment”... At first I glanced and said “I’m fine gl with your thing”, but I couldn’t bother going back and reminding them of some basic principles. DYOR and never trust anyone but yourself and your understanding of what you’re invested in... Plain simple fact imo.
But i think a lot of, what I'd call "family feeling", comes to play with these MLM scams, It's making ppl delusional and not accept the most reasonable critique, even though it seems so mindbogling. Anyways they laughed and said whatever...
Sorry for tldr, but thought i had to share this one with the internet.

More on the "Satoshi Nakamoto" email

The email sent to the bitcoin-dev mailing list is from satoshi at vistomail.com which according to the wayback machine was actually an anonymous email provider.
In his article "I am not Satoshi", Dustin Trammell provides an archive of email exchanges between himself and Satoshi which come from this same address.
Blog: http://blog.dustintrammell.com/2013/11/26/i-am-not-satoshi/ Archive (in blog post): http://www.dustintrammell.com/files/Satoshi_Nakamoto.zip

What is Cryptocurrency? A Simple Explanation