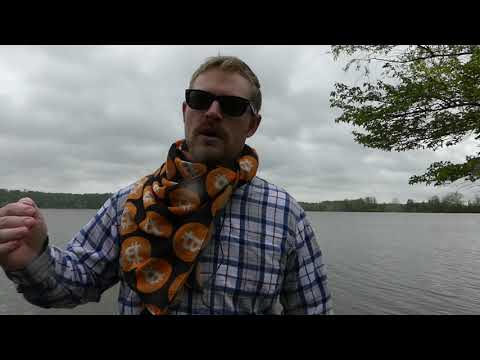 Planet Money Episode 891: Who Won The Bet Over Bitcoin?

I don't know if anyone here listens to "Planet Money", a pop economics podcast by NPR. Their most recent episode was about widespread adoption of Bitcoin.
Specifically, it was about a bet between Ben Horowitz, a venture capitalist who believed that Bitcoin was on its way to becoming a widespread payment platform, and Felix Salmon, a finance journalist who thought it was going to go to zero. They made a bet 5 years ago, whether or not 10% of Americans would be using Bitcoin at least once a month, and they finally got the results today:


GOLDSTEIN: As promised, we went out and got Ipsos, a real polling firm, to ask 900-and-some Americans - a representative sample of Americans this question. Have you purchased anything using bitcoin as your payment in the last month? The percentage of Americans who said, yes, is three - three.
HOROWITZ: All right.
GOLDSTEIN: Now, they did ask those people - the people who said they had, they said, at what merchant did you make the purchase? And I have some of those answers. And it suggests that the 3 percent is a little high.
HOROWITZ: Yup.
GOLDSTEIN: If you go down this list, somebody said Gaia Ethnobotanical, which I looked up - in fact, does accept bitcoin. Subway - I think some Subways accept bitcoin. But there's also a bunch that say - this one says Litecoin. A few say Coinbase, which is a bitcoin cryptocurrency exchange. So these people are using bitcoin to buy other cryptocurrency.


Horowitz ended up admitting to something that a lot of people on this sub have been saying for a while as well:


KESTENBAUM: That's what Ben thought would happen with bitcoin. He thought the code that powers bitcoin would just get better and better and, very quickly, it would obviously be this safer, faster, more private, cheaper way for people to buy stuff online. That did not happen.
GOLDSTEIN: No. Bitcoins just became so valuable that the people who worked on the system didn't want to make it any better. They just wanted to lock everything down and keep it the way it was.
HOROWITZ: I think that what happened with bitcoin is that there is kind of one very, very strong need among the kind of investors/miners, which is that the code and the meaning of the code would not change.


And Salmon, the guy who bet against Bitcoin, hits on the real paradox of Bitcoin:


SALMON: I - honestly, I was looking back. I mean, there were two things which I expected would happen which didn't happen. One is I expected the price would probably go to zero, and it didn't. It went way up and to the right.
And the other is that I expected that there would actually be use cases over the following five years that, even if people weren't using it to buy stuff in stores, and that was my side of the bet, I imagined it would be used for remittances, or, somewhere along the line, it would have evolved. Especially if it had grown to be worth thousands of dollars per bitcoin, then it would be used for something.
GOLDSTEIN: So it's more valuable and less useful than you thought.

Die Wette behauptet, dass in 5 Jahren ab Januar 2019 eine Umfrage über Amerikaner durchgeführt wird. Wenn 10% dieser Leute sagen, dass sie Bitcoin für einen Kauf innerhalb des letzten Monats verwendet haben, gewinnt Ben Horowitz. Wenn weniger als 10% Bitcoin innerhalb des letzten Monats verwendet haben, gewinnt Felix Salmon. Bitcoin. Cannabis. Cryptocurrency. ETFs. Earnings. Fixed Income. Felix Salmon Publish date: Mar 22, 2013 11:19 AM EDT it's a place to make bets on whether you think correlations are rising Fees have been a problem with Intrade in the past due to the small amounts usually wagered—see for example financial journalist Felix Salmon’s 2008 complaints. Initially, the new changes didn’t seem so bad to me, but then I compared the annual cost of this fee to my trading stake, ~$200. The famous bet between the bear (Felix Salmon) and the bull (Ben Horowitz) will be coming due in just over 3 years: “In January, 2019, we’ll poll a representative sample of Americans. If 10 percent or more say they have used Bitcoin to buy something in the past month, Ben wins. If it’s fewer than 10 percent, Felix wins.” For example, Felix Salmon and Ben Horowitz made a bet five years ago that bitcoin would be widely used in payments. Five years later, Horowitz lost that bet , and yet at the same time he’s still

Skip navigation FreeBitcoin also offers betting on it's site from sports, to the oscars to presidential campaigns Example of using faucet here - https://youtu.be/bjPrf5e7UFA... Felix & Paul Studios Recommended for you. 360° ... Making the perfect smoked salmon on the grill KVUE ... How Kraken Accelerates Cryptocurrency Adoption Bitcoin 2020 Kraken 29,623 watching. Place Your Bets! Bitcoin Core Lightning Network Fails to Complete Basic Transaction Wagers really don’t settle matters, but they are a lot of fun and force advocates to have some skin in the game. How to make live HT 1-2-X odds compiling and to find value bets comparing bet365 odds.